Giant cryptocurrency company FTX took investors by surprise towards the end of 2022, suddenly collapsing and going down with billions of investor money – estimated to be as high as $3.1 billion. The company, which had curved the image of king in the world of crypto, is now bankrupt and undergoing restructuring. 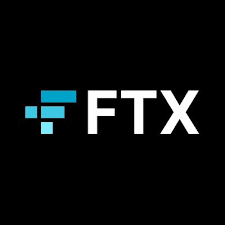 Prior to the downfall of FTX, Mr Bankman-Fried, its founder, was highly regarded in the cryptocurrency community – his fortune supposedly being over 15 billion dollars (12.8 billion pounds). This was no mean fit for a 30 year old.

Then in early November of 2022, rumors started flying around that FTX and other organizations owned by Mr Bankman were in an unstable financial situation, causing a lot of customers to try to pull out their money from FTX.

The massive customer panic sparked a cash shortage, so Mr. Bankman-Fried attempted to save the situation. Unfortunately, his efforts to hastily raise billions failed and down came the previously renowned crypto giant.

The verdict is now out. For many observers, this was a mega cryptocurrency scam that had for long been professionally dressed as a top crypto exchange.

Through his Twitter account, the founder posted many tweets in an effort to provide perspective on the events that had transpired. But unfortunately the tweets, overall, painted the picture of a man attempting to exonerate himself.

On December 13th 2022, Sam was slapped with eight criminal charges in the US;including  fraud, conspiracy to commit money laundering and conspiracy to defraud the US and violate campaign finance laws.

Not long before this, the US Securities and Exchange Commission (SEC) had accused Sam of swindling investors by constructing a “house of cards” company. Damian Williams, US attorney for the southern district of New York stated “This is one of the biggest financial frauds in American history”.

One of the charges claims that Bankman-Fried used FTX customers’ deposits to settle debts and expenses relating to Alameda Research, his hedge fund. It also alleges he and others conspired to break federal laws concerning political contributions. Bankman-Fried was supposedly one of the largest donors to the Democratic Party, but asserted he had given money to members of the Republican Party too, disguising it as “dark money”. Additionally, other FTX entities gave cash donations to both parties – using the huge sums of money as a means to lobby for favorable cryptocurrency regulations.

Unfortunately, these disturbing events have placed a negative light on the crypto world. Those who have held reservations about cryptocurrency capitalized on the situation and labeled it a ‘scammers’ paradise’ – a place where one could make an exorbitant amount of money from unwitting innocent individuals. For instance, Democratic Representative Brad Sherman proclaimed that “crypto is a garden of snakes.”

For you the investor, we hope that you will really use this occurrence to be careful when putting your money in some of these investment platforms. FTX presented itself as a safe crypto house. But as SEC chair Gary Gensler put it, “Sam Bankman-Fried built a house of cards on a foundation of deception while telling investors that it was one of the safest buildings in crypto”.

Cryptocurrency may be attractive, but it’s still in its infancy when it comes to regulations. There’s very little oversight of the crypto market, so any con artist could dress up in a fancy suit and promise huge returns to potential investors. Lots of scams have sprung up, but FTX is the one that serves as a stark reminder. Sure, taking a risk can pay off, but don’t put all your eggs in one basket when it comes to crypto. For those who lost money in FTX, only time will tell if they’ll get any of it back and how long that might take.

Feel free to share your views or experience with Scam Help. Were you one of the investors in the fallen FTX? Did you manage to get your money out?